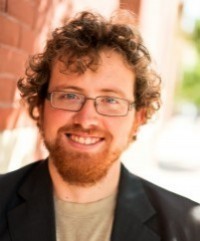 Corey King is an award-winning storyteller and producer, who has successfully worked across a range of mediums including Film, Publishing, Journalism, Gallery Art and Gaming. Together with his wife Danielle King he built ZenFri Inc., a startup that merges art, technology and business in a whole new way. To get great stories to market, he has successfully attracted and managed small local, and large international teams, each hand picked to meet the needs of a project and bring his vision to life.

His largest project to date is a location-based, augmented reality project titled Clandestine: Anomaly. Hailed at conferences around the world (such as Gamelab, StoryDrive and InsideAR) as “the most ambitious augmented reality game ever attempted”, Corey’s mission is to define the narrative and gameplay conventions for what he sees as an emerging storytelling medium, one where the world itself is the canvas.

With this project he’s attracted a stable of industry professionals who’ve worked on some of the world’s most valuable IP’s, spoken at conference around the world, garnered world wide press attention and attracted over 1.5 million dollars in funding, all while driving the every aspect of the project’s vision.

Would you feel sorry for a simulated robot? Study shows people empathize more with the real thing

Poor Thing! Would You Feel Sorry for a Simulated Robot?