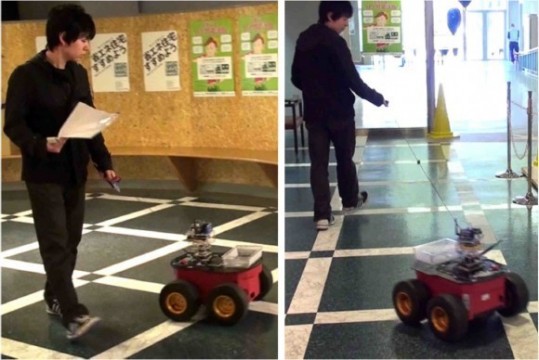 Human-robot interaction (HRI) tasks in everyday environments will require people to direct or lead a robot as they walk in close proximity to it. Tasks that exemplify this interaction include a robotic porter, carrying heavy suitcases, or a robot carrying groceries. As many users may not be robotics experts, we argue that such interaction schemes must be accessible, easy to use and understand. In this paper, we present a dog-leash interface that enables a person to lead a robot simply by holding the leash, following a dog-leash interaction metaphor. We introduce variants on dog-leash robotic interaction, present our original interface implementation, and detail our formal qualitative evaluation, exploring how users perceive and accept the dog leash robotic interaction. 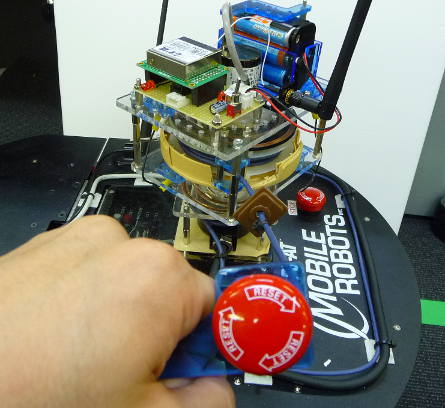 How to Walk A Robot: A Dog-Leash Human-Robot Interface