Autonomy, Embodiment, and Obedience to Robots

We conducted an HRI obedience experiment comparing an autonomous robotic authority to: (i) a remote-controlled robot, and (ii) robots of variant embodiments during a deterrent task. The results suggest that half of people will continue to perform a tedious task under the direction of a robot, even after expressing desire to stop. Further, we failed to find impact of robot embodiment and perceived robot autonomy on obedience. Rather, the robot’s perceived authority status may be more strongly correlated to obedience. 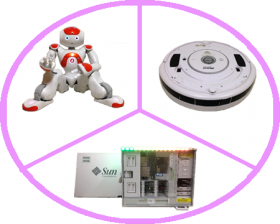