Mid-air interactions are prone to fatigue and lead to a feeling of heaviness in the upper limbs, a condition casually termed as the gorilla-arm effect. Designers have often associated limitations of their mid-air interactions with arm fatigue, but do not possess a quantitative method to assess and therefore mitigate it.

In this project we investigate a novel metric, Consumed Endurance (CE), derived from the biomechanical structure of the upper arm and aimed at characterizing the gorilla-arm effect.

We present a method to capture CE in a non-intrusive manner using an off-the-shelf camera-based skeleton tracking system, and demonstrate that CE correlates strongly with the Borg CR10 scale of perceived exertion. We show how designers can use CE as a complementary metric for evaluating existing and designing novel mid-air interactions, including tasks with repetitive input such as mid-air text-entry. Finally, we propose a series of guidelines for the design of fatigue-efficient mid-air interfaces.

The following table presents the standard values at the 50th percentile for males and females, as compiled by Freivalds [2]. 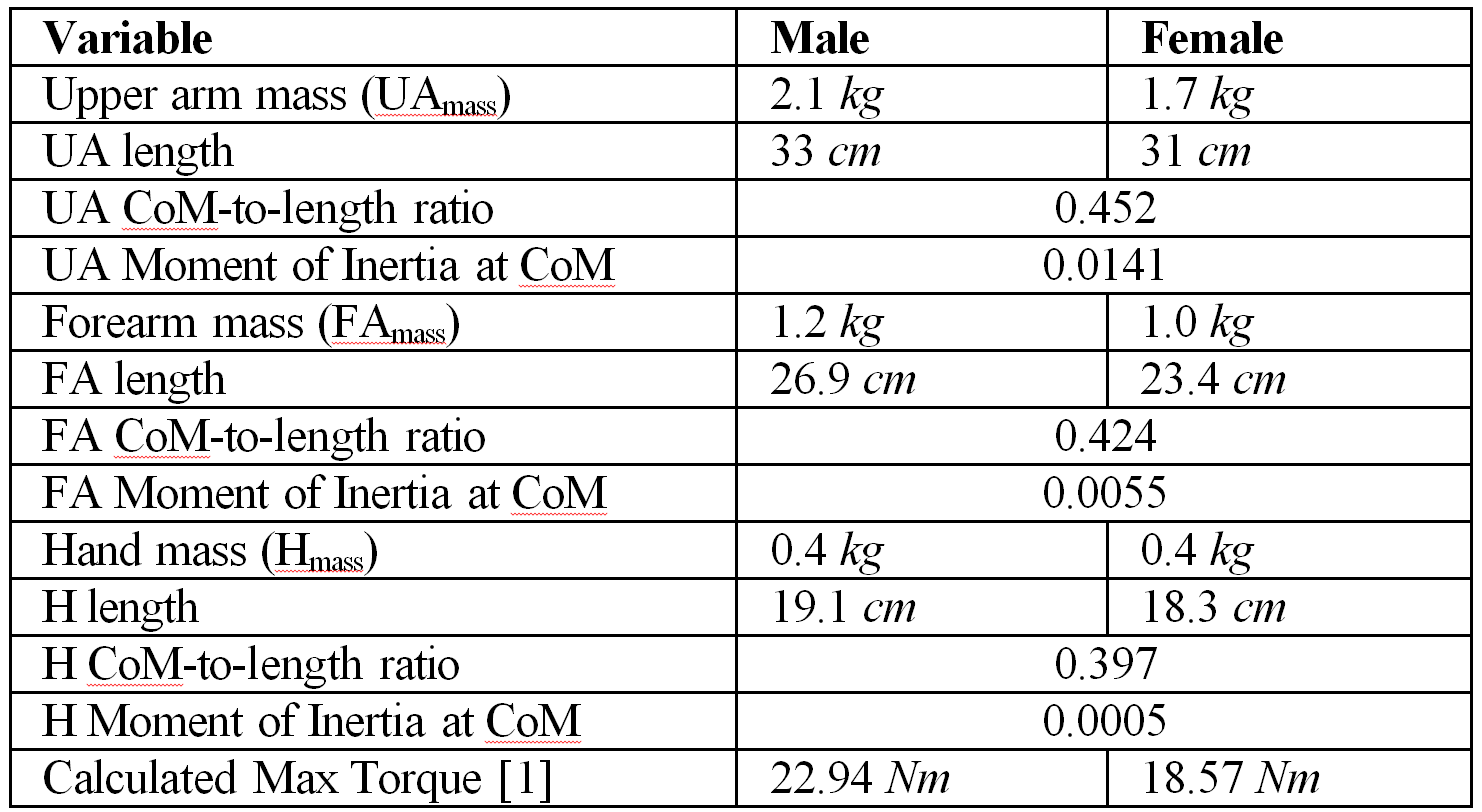 The Consumed Endurance Workbench: A Tool to Assess Arm Fatigue during Mid-Air Interactions