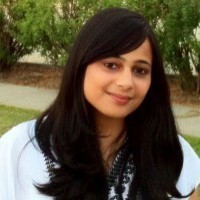 I am a second year Master's in Computer Science student, currently working on developing a well situated toolkit for Human Robot-Interaction (HRI) designers, which can facilitate the creation of affective robotic behaviours.

I am an instinctive, and innovative computer scientist, researcher, and painter who is determined and dedicated to have a prolific career in the field of HRI.