Check Your Stereotypes at the Door: an Analysis of Gender Typecasts in Social Human-Robot Interaction

In this paper, we provide evidence that suggests prominent gender stereotypes might not be as pronounced in human-robot interaction as may be expected based on previous research. We investigate stereotypes about people interacting with robots, such as men being more engaged, and stereotypes which may be applied to robots that have a perceived gender, such as female robots being perceived as more suitable for household duties. Through a user study, we not only fail to find support for many existing stereotypes, but our analysis suggests that if such effects exist, they may be small. This implies that interface and robot designers need to be wary of which stereotypes they bring to the table, and should understand that even stereotypes with prior experimental evidence may not manifest strongly in social human-robot interaction. 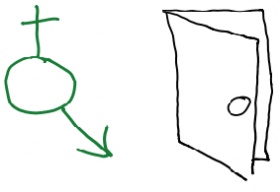