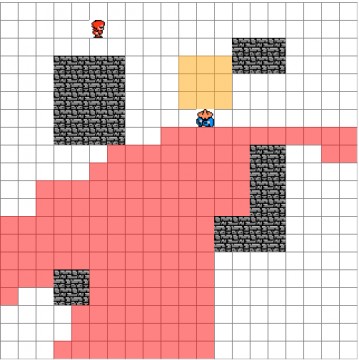 This project proposes a novel method for the rapid prototyping of believable interactive characters; more specifically, we target the characters’ interactive behaviors – how they move in a discrete 2D environment in response to dynamic user input. We present PaintBoard, a system that enables users to prototype these interactive behaviors simply by painting a storyboard, and can immediately generate an interactive result. This visual method does not require programming, helping even non-technical designers create behaviors or better communicate their desired behaviors to others. We developed a novel algorithm that distills a painted storyboard into an original set of features, uses machine-learning to extrapolate from the storyboard to new situations, and moves the computer character according to its result. We conducted two exploratory studies that shaped the prototype design, and a final workshop with game developers where the results highlight PaintBoard’s accessibility and potential.

PaintBoard's visual and non-programmatical nature help take a step towards a future where professionals and non-programmers alike can all create high quality video games.

Easy to visually show others simple behavior that can be expanded to more complex situations. - P5

As well as: Takeo Igarashi